We’re pleased to share news that some of our work is included in the recently released Big Book of Self Promotion, (S. Stephens, 2009, HarperCollins Publishers). Despite it’s title, the book has hundreds of examples of work created for clients, including a chapter, titled “Its All About the Event”, devoted to materials created to promote events. That is where you’ll find the two pieces of ours in the book —a poster and a t-shirt (shown below). Both were created for the 2007 Amica Insurance Breakers Marathon, held in Newport, RI, a fundraiser event to benefit the Providence Ronald McDonald House. 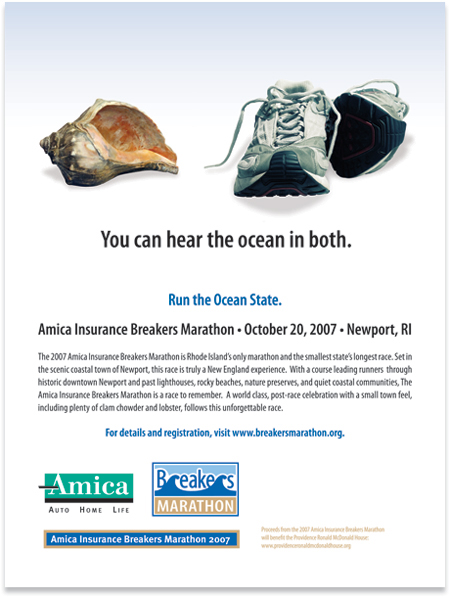 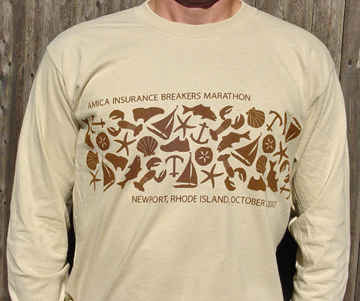 Shirt design inspired by the traditional, Hibiscus-banded Hawaiian shirts, but with a New England twist.