Home » Blog » The (r)evolution of logos

What is a logo?

Most broadly put, a logo is a design that symbolizes one’s organization or project. A more pedantic view reveals that the word “logo” is a clipped form of the term logotype, meaning a single type body or design containing a short, often-used set of letters or a distinctive company mark or signature.

In modern society, the terms logo, logotype, mark, icon and brand are often tossed around interchangeably within the business sector. Students and practitioners of marketing and design will surely insist, and rightly so, on the nuances that differentiate these terms and their proper usage. We can discuss such distinctions at another time. For now, let us concentrate on the larger picture. The evolving, expanding role of logos -be they words, pictures, or a combination of both- in modern culture.

A look back across time 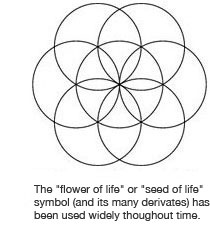 Further along the timeline of human civilization, we see several popular religions begin to use a select set of consistent symbolism to deliver and reinforce their message to followers. The cross and the Star of David are among the many examples of these symbols, rich with tradition and power.

In the 13th Century, in the early days of the Renaissance, we began to see additional uses of symbols. Family crests were used on personal possessions of all types and sizes. The ubiquitous use of such symbols, particularly on flags, may well have been a pivotal point in history for logos, as people began to see the values and differences in such designs. For example, what would make one flag more recognizable than another across a large crowded landscape of a Renaissance period craft fair? Perhaps such questions and the resulting critical observations of such differences in color, pattern, and layout provided important insights for some of the earliest designers.

Within the same age and the periods that followed soon after, the use of symbols by patternmakers, metalsmiths, paper makers, ranchers and other merchants began to bring about a societal recognition of the value of a mark. One could recognize the work or product of a particular merchant by their seal, watermark or brand. Undoubtedly, as these merchants began to get additional work by those who recognized their mark on work that fit their needs or taste, brand marketing was born.

In today’s society, of course we conduct business in a vastly more crowded and complicated marketplace, not to mention one that has been made global by the advent of the internet. As a result, one’s logo or trademark must speak more clearly about it’s bearer, and do so with increased originality and memorability. This rich, global market requires that today’s designer’s conduct more thorough research into the potential originality of any concepts, so as to avoid any potential infringement issues.

These issues certainly present some additional challenges for modern logo designers. However, as with so many other thing in life, it is exactly these challenges and the creative, unique thinking that goes into overcoming them, that gives rise to great logos.

Call them what you will – icon, trademark or logo – these powerful symbols have played an important role in the development of modern society and have since revolutionized the advertising world.

Thanks for sharing this information. Really is pack with new knowledge. Keep them coming.

Unifying content and presentation with typeWhat’s in the cards for your business?