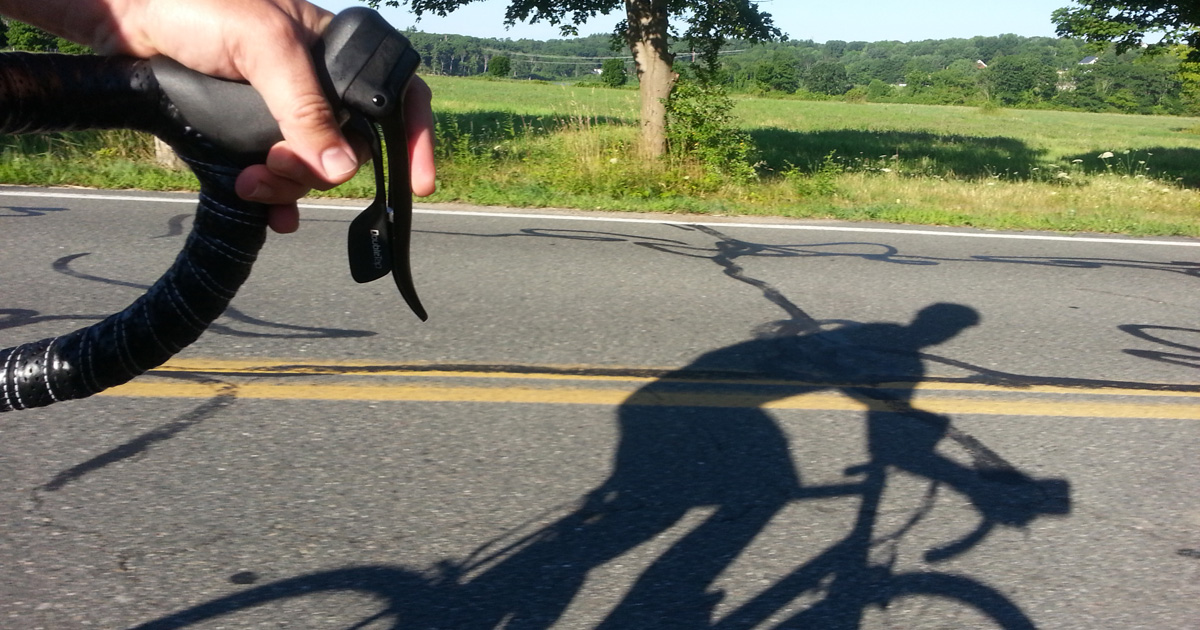 I have long been drawn to bikes for many reasons; their simplicity, their details, their technology, their geometry, their colors, their practicality, and their seemingly limitless blends of form and function. I love it all. But perhaps the biggest reason is the joy and relaxation I find when pedaling a bike. Over the years I’ve found that riding a bike does as much for the health of my mind as it does for my body. Sometimes, there is nothing quite like a good long ride to clear away the cobwebs, the clutter, the daily stresses, and all the rest that fill my mind and obstruct clear thought.

Perhaps as a result of its clarifying ability, I’ve found exercise, in particular cycling, to be a great catalyst for creative thought. Often, in my work as a graphic designer, when I get stuck in a project, struggling for ideas, strategies, or solutions, a ride on the bike does wonders. It frees my mind. Better still, I’ve noticed positive effects that last throughout the remainder of the day, making me calmer, more even-tempered, and hopefully a bit easier person to live with, compulsions aside.

The idea of a relationship between creativity and exercise is nothing new. Although much of the information on this topic is anectodal, it is also fairly well-supported by scientific literature. In one such recent report, Aerobic Exercise and Creative Potential: Immediate and Residual Effects, written by Dr. David Blanchette, Chair of the Department of Management and Marketing at Rhode Island College, suggests that “aerobic workouts have potential benefits in aiding creativity processes”. The study, using college-age participants, indicated that that “instances of aerobic exercise significantly impacted the creative processes of the participants, and these effects were shown to endure over a two hour period.”

I thought of that while riding my bike.Albert Einstein, on the Theory of Relativity

The ability to utilize the creativity-boosting benefits of exercise to one’s advantage may be something that can be learned, or least improved with practice. Perhaps, at a minimum, one must be open to the idea, allowing themselves to be receptive to the notion that exercise may indeed affect their thinking. This concept of an individual’s receptivity and mood prior to exercise and it’s role in that exercise’s ability to improve creativity was explored in a 1997 study by the British Journal of Sports Medicine, Exercise enhances creativity independently of mood, (Steinberg, Sykes, Moss, Lowery, LeBoutillier and Dewey). As the report’s title suggests, its results indicated “that mood and creativity were improved by physical exercise independently of each other.”

Have you noticed a link between your exercise patterns and your creative thinking skills?

This is great! Let me know if you’d like to link exchange!